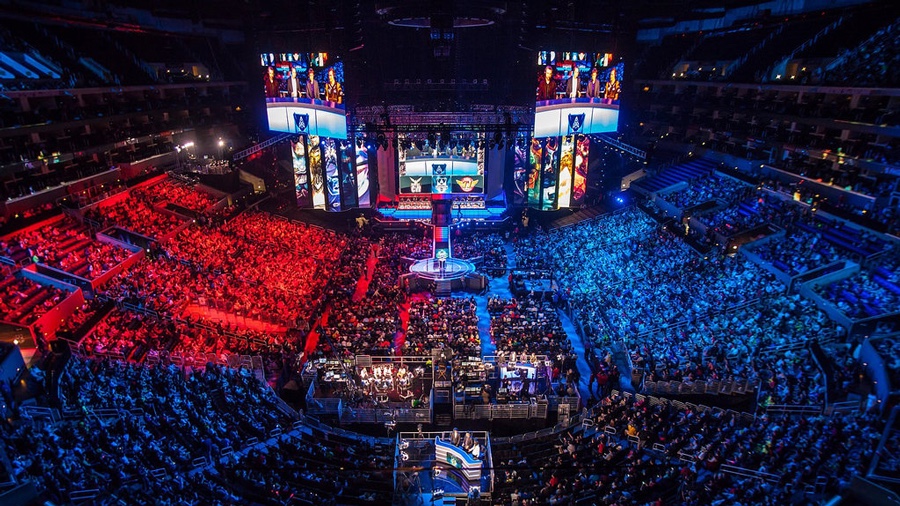 Ever since I was a kid video games have always had a hold on me. I can remember getting my first console, a PlayStation One, when I was about 7 or 8. This was my first experience with video games, and it didn’t take long before I was hooked, much to the dismay of my parents mind you. My dad especially wasn’t a fan of me spending all my free time playing video games, but it’s hard to blame him for it, because he simply grew up in a different time. He was like a character on a sitcom, catchphrase at the ready, good for it at least once an episode, “Stop sitting in front of the idiot box and go outside and do something!”

While I may not have agreed with it, I do understand his point of view. There was little, if any, grasp at the time for the possible futures that could be made possible via the internet and video games. Now, I was born in 1995 so its not like this was ages ago, but the internet was still very new, and nobody could possibly see the emerging careers that one could have by just playing, streaming, or talking about video games. How could you blame the guy for doing what he knew by pushing us away from wasting our free time with what was almost entirely a leisure activity at the time. It wasn’t much different then what it would have been like for him to sit inside all day watching TV when he was a kid and getting yelled at for it. Anyways, look at me now, broke and running a profitless blog that is much more trouble than its worth, with an audience in the tens… not tens of thousands, or even tens of hundreds, nope, just tens of viewers daily. Damn, maybe the guy had a point.

If we’re honest with ourselves when looking at the big picture of what video games truly mean to us the realization in the end will be that there’s more depth to them than most might think. For example, one representation for me would be that they offer what I would call the most honest form of opportunity anyone has ever had access to in human history. Quite a big statement, but show me a better example where it was easier for literally anyone in the world, no matter their age, education level, or nation of origin to dramatically change their life. I bet you can’t. Video games simply offer the best and the most accessible opportunity to gain life changing success.

It’s very similar to how YouTube offered many of the early successful influencers the chance to become wildly famous and change their lives forever before the entire world hopped on the trend. This led to everyone beginning to drown each other out in a sea of constant content. The difference to me between the opportunity granted through a pathway like YouTube stardom versus the opportunity available through video games is just that. Video game success is always available if you’ve got the skill, but if you choose to take the influencer approach it doesn’t always matter how good you are at it. Despite your skill level, glowing personality, or hilarious sense of humor you can still find yourself drowning in the ominous sea of content.

When it comes to gaming you can, at any time, gain success by simply being the best at any particular game. It doesn’t matter where you’re from. You can live in an underwater cave at the bottom of the Indian Ocean, but as long as you have access to the internet and the ability to make it to some tournaments (a lot of which have started taking place online) to prove that you’re the best you can win substantial amounts of money, gain sponsors, and at that point your path can lead you almost anywhere you want to go in the industry.

Opportunity does come in many forms, though. The opportunity I’m talking about is deeper than just the careers available through gaming. The opportunity to make life long friendships is another example that comes to mind. I know personally video games helped to bridge the gap between my college roommates and I. We were and still are such wildly different people that without video games I’m not sure we would’ve become the friends we are today. I would even go as far to say that they’re almost entirely responsible for me even starting this blog at all if I’m being honest. That being said, if I look back at everything that led to where I am now running this blog, video games are at the center of all. From all of the possible careers to making new friends, thanks to video games and the culture that has followed them we can mold our lives into whatever we want them to be.

We Are What We Choose to Be

If you haven’t guessed it by now video games have always been a large part of my life. While I would be lying to you if I said that I didn’t want to get paid to play them or talk about them, I feel like they offer many other things to their players. Aside from the great opportunities available there is of course the clichéd break from the rest of the world that everyone always seems to touch on. Immersion in unique worlds and situations, moldable to fit your idea of the perfect personage that allows you to be the person you may not get the chance to be in the real world.

For example, just look what they allow me to do. I get to pretend to be this personality, the famed Undiscovered Proph3t in my free time, writing down my opinions, acting like I’m an industry giant that thousands of people look to for guidance and entertainment. While that may yet someday be true, for the time being this is just one of the many personages available to me because of video games. I can also be seen from time to time as the first human Spectre, an outlaw trying to get rich across the Midwest, a Jedi trying to escape the persecution of the Empire, or just a lucky survivor of a nuclear fallout trying to make my own way in a nuclear wasteland. I am whoever I want to be, and that is the beauty of the free and honest opportunity offered to us by one of the greatest technological advancements humankind has ever seen. Video games are the future of this world, we just don’t know it yet.