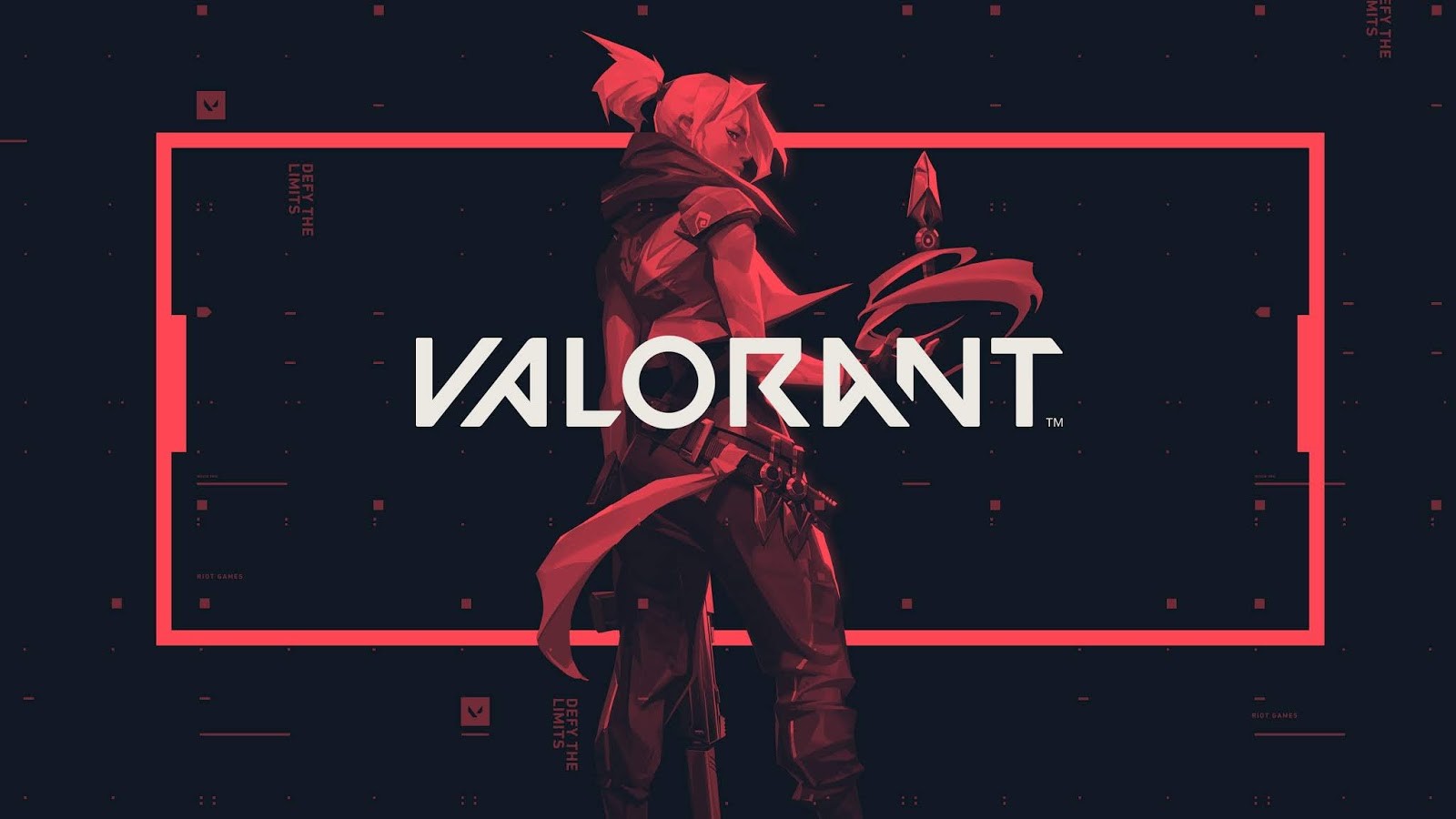 This newly released, free to play hero-shooter was a game I was very reluctant to pick up initially. Traditionally hero-shooters such as Overwatch and Paladins to an extent have been very power heavy and less of a traditional skill based shooter. In addition, matches are almost always decided right away during character selection on team composition and the willingness to communicate with your teammates. Individual skill has never been weighed heavy enough in these types of games in my eyes. Obviously that’s the point, and why Overwatch became such a successful esport so quickly. It was all about team chemistry and your communication and planning, playing off of each other’s powers and abilities to knockout the other team. It adds a level of strategy to the game that regular, mindless FPS games like Call of Duty have so often lacked.

In Valorant there are 2 game modes, the main one is called Unrated, but is ultimately a best of 25 rounds search and destroy, bomb plant game mode. One side defends the sites, and the other side must make it to one and plant what is called the spike (bomb), and continue to defend it from the opposing team’s attempts at defusing. Weapon selection for this game mode is economy based identical to that of Counter-Strike. Other than the initial round you will collect an in game currency based on whether or not you win the round, and how many kills you happen to get, in addition to a base amount for just completing the round so that everyone has the capabilities of buying a primary weapon every round. It’s a classic, fun to play game mode, although best of 25 rounds can tend to drag on, especially if you happen to be on the losing end of these matches.

For this Riot Games developers have given players a secondary game mode called Spike Rush. Spike Rush is a best of seven rounds where the rules of the game are the same, plant the spike and prevent it from being diffused, except now every attacker has a spike and the ability to plant on any site. On top of that, players no longer have the ability to collect an in game currency to spend on weapons and player abilities. In Spike Rush, every player, on both teams is given the same randomized weapon at spawn, and your basic hero abilities are always full. This game mode ends up being a nice change of pace addition, and one that requires a lot less of a moral commitment for teammates. While many more times than not your teammates tend to stick it out for the longer, best of 25 round matches it does really hurt your chances when you lose a player on your team for the rest of the match due to abandonment. I do think however, that Riot Games have done as much as anyone could by doling out temporary bans for abandoning matches. Overall, Riot Games has done well to give players a much needed change of pace game mode to test out new agent’s powers and abilities, or even just a one that offers a warm up before committing to the daunting Unrated playlist.

Valorant, while being just an uninspired conglomerate of fading titans of the genre, has managed to master the mixture of hero based powers and skill based first person shooter mechanics. At the same time it offers a very diverse group of agents to play as, and a great, balanced set of initial maps to play on. Each agent manages to bring something different to the table to help out the team. Some abilities buff or heal teammates, others identify where the enemy team is, and a few have unique buffs to help you individually rotate around and better frag the enemy team. The gun play in Valorant ends up being one of its best qualities. Every gun is uniquely its own with each having very differing recoil patterns, and in almost every case you’re trying to decide how much accuracy you want to sacrifice for a better damage output. Anyone playing can immediately tell that the balancing in almost all aspects of the combat in this game has been very thought out and heavily tested. Other than the various, indistinguishable soft walls and objects on each map Valorant really is an enjoyable, fast paced, competitive hero shooter looking at it from afar.

That being said, the game offers almost no form of the basic most progression system. I am not really sure what could possibly keep their player count from falling through the floor after a month or two of this game being out besides the fact that it is a free to play game. On top of that, Riot Games has managed to create something that I believe to be even worse than a “pay to win” system with Valorant, they have developed a structure that is “pay to progress”. Due to the lack of the basic most leveling system in this game, the only system in place to gauge your advancement is done through contracts offering purely cosmetic upgrades.

Progression and Lack of Guidance

When every player initially fires up Valorant you are given a default contract that has 10 tiers. You can either choose to work through these tiers by playing games and earning the XP offered after every match, or simply purchase the progress outright with VP, which is their in game currency that can only be acquired by spending real world money. There is also a battle pass setup that can be purchased with VP which offers premium and free rewards. Leveling through these initial 10 tiers is beneficial though, because by the time you’re done you would have been given the ability to unlock two new agents that you previously could not access in addition to the basic cosmetic upgrades offered. After you have completed the initial 10 tier contract you are then given access to the abilities to purchase contracts for already unlocked agents granting you even more cosmetic upgrades. Players can also acquire contracts for agents not yet unlocked that will allow them to gain access to and play these new agents. Contracts ultimately are the only form of a progression system to be found in this game and offer no real rewards besides the ever important cosmetic upgrades to weapons, and note that there are no skins available that offer a change in the appearance of the agents themselves.

I hope anyone reading this review has taken notes on those last couple sections, because it is the most descriptive form of guidance you will receive in order to understand the uninspired and convoluted labyrinthine of Valorant’s single advancement feature. The game offers no guidance at all to explain to players how their system of contracts or initial 10 tiers structure works. Players just slowly receive awards and have to figure out why and what from. If you are unaware of the contract system after completing the starting 10 tier contract you could likely keep playing for awhile missing out on in game XP to level up these contracts because you simply don’t even know they are there or need to be activated in order to receive the XP. The Valorant developers have completely whiffed on not offering a better explanation of the games progression system while lackluster it may be. I also find it hard to believe that the makers of one of the longest lasting and most competitive games ever, League of Legends have willingly chosen to completely omit a simple player versus player ranking system. I’m not even asking for an actual “ranked” game mode, although it would be a welcomed addition to the game. Just offering a basic player level system or an all time stats collector that allows me the ability to gauge where I am against other players of the game.

I do honestly really love the competitive game play Valorant offers its players. There’s a deeper strategy to it which requires your patience at times, and the use of your overall awareness knowing when and when not to push, all while not downplaying the importance of gun skill like other hero shooters have done in the past. The game itself could have potentially taken off like Overwatch did when it was first released, but Riot Games either completely overlooked or intentionally chose to exclude a few key aspects that keep players drawn in to games like this. Obviously, they intend on playing the long game and slowly build an established esport for years to come. While I may not agree with their lazy attempt at a game that shouldn’t have exited the form of an open beta, many games are taking the long term approach of attracting players by openly offering road maps and promising consistent future support and game additions for years to come.

In my opinion, too many developers, especially the ones that have gotten big, are too afraid to actually try to create something new and fail. They settle for the the long term cash cow with microtransactions rather than having the possibility of a crash and burn because it’s a more profitable direction. You can’t necessarily blame them for taking the smart, albeit safe company direction, even though it gives us games like Valorant which attract players by pandering to them with the promise to offer a continued support of the product. The continued support of newly released games should be a given for any game with the hopes of creating a truly competitive esport like Valorant, and it shouldn’t just be thrown around as a way to attract players. This too often used “we’ll stick around to support, come play our game” approach is the utmost careless and lazy way of building a game and community, because the only plan that these developers have is to pander to the wills and desires of their player base. I am not saying community support for games is a bad thing, I am saying that it should always be there and not used as a marketing ploy. Many successful games have been brought back from the ashes by the continued support of their developers, and maybe Valorant will someday emerge as titan of the genre. However, today is not that day. All I see in the future for Valorant is a dwindling player base and a missed opportunity. I hope to be wrong because I genuinely enjoy the game a lot, but this is my prophecy, and too often you will come to see my prophecy, is truth.

E3 and the Industry’s Inadequate Effort to Aim High