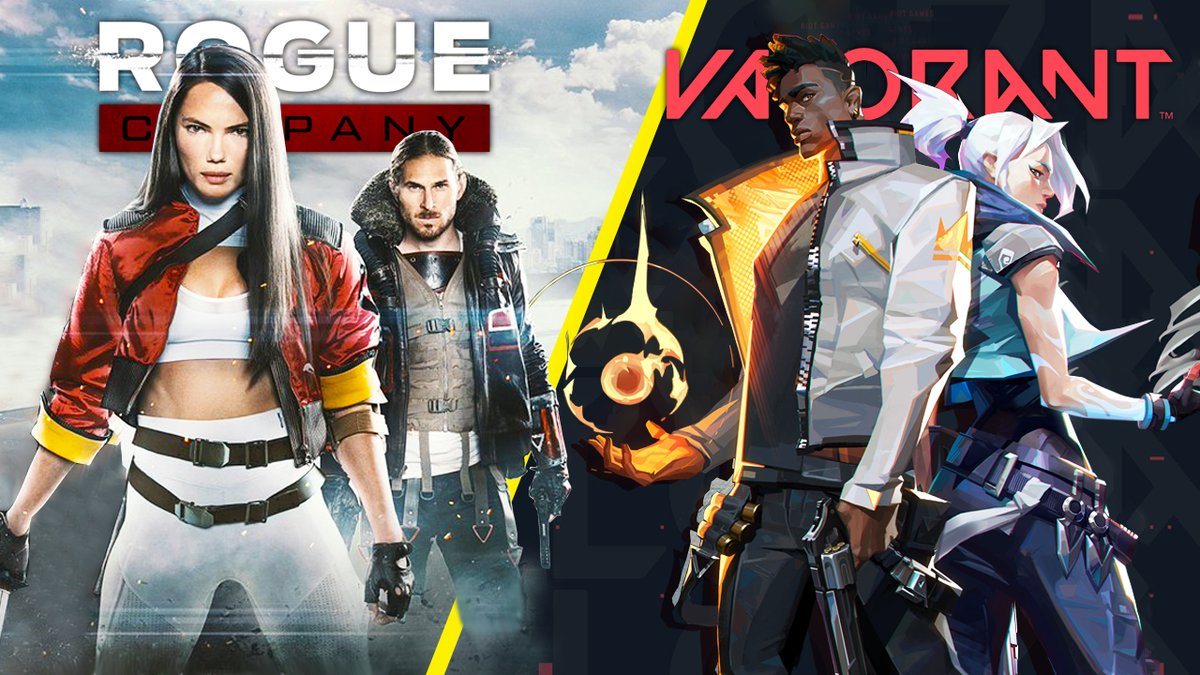 Now that Rogue Company’s free to play, open beta has become available is it time to start asking if Valorant now has some legitimate competition in their very specific sub genre of hero shooter games? Clearly Valorant has a head start and already has a more stable and established game for their players, so how can Rogue Company hope to jump in and effectively make their presence felt in this niche market?

Up to this point Valorant has enjoyed an unchallenged rise to fame for the most part in this hero shooter sub genre that they find themselves in. Their game isn’t really comparable to many of the other hero shooters out currently making waves in the industry. The closest thing they have to consider as a comparative competitor is CS:GO, and that game is already in its own world in terms of an established player market. After the removal of Rogue Company’s early beta paywall I think it’s fair to say that we have finally seen the awakening of a game versus game rivalry that is likely to last awhile.

Rogue Company and Valorant will be endlessly compared to each other at every opportunity in the time to come with every new character launch and game update that each drop. Their fans will surely take to Twitter in force to defend each game as well, because if not that what else is Twitter for? It will be interesting to see how each game shapes up to be in the future with both now knowing who they’re clearly going up against.

Being free to play is a big step in the right direction for future success for games like these. It has seemingly become a requirement for them in recent years. It also opens up the possibility to increase the chances of microtransactions in the game for purchasing new playable characters without the grind and cosmetics for them as well. At least that’s how I justify it to myself when I spend 30 unnecessary dollars just to make my character look cooler. “It’s a free game, so really I should have spent twice that already just to play it.. it’s okay.. it’s just $30”.

Anyways, the thought is that if the game is free to play it will attract more players right away, and if our game is as good as we say it is they’ll stick around. It’s really not a bad business plan in my opinion now that we are seeing game prices rising to $70 for new games. It’s always a welcomed sight to see a game that I can pick up and play for free.

Where I think one of these games comes out on top, and significantly so, is Rogue Company being available to play on every platform and openly crossplay between all of them as well, and yes even on the Switch. This is a big deal because console players have yet to see a similar game available for them to play on console. For the Nintendo Switch, Rogue Company may be their first big competitive title outside of Smash Bros. that their playerbase has seen since the console’s release. It is absolutely their first big, competitive shooter available on their platform. For Nintendo this is a big deal and they have been marketing it as such. Just watch a couple of recent Nintendo Directs and you’ll see that they are going to bat hard for Rogue Company hoping to show other developers that the Switch is a starving market for games like these.

Rogue Company could easily see themselves garnering the lead in name recognition at the very least by setting out to give console players an opportunity to play a game like this. If more players know of and have the access to play your game then, usually even if your game is a little worse you end up on top. Availability and name recognition are two of the biggest factors when introducing new titles into the marketplace.

Just like their competing counterparts Valorant and CS:GO, Rogue Company begins its matches with nothing but a pistol and the your characters special ability. You can open the shop to purchase more weapons, weapon upgrades, and perks just like the other games as well. Rogue Company also shares similar playable game modes as Valorant and CS:GO, as well as one allowing limited team respawns for a little more casual gameplay.

Just like Valorant has their playable characters referred to as “agents”, Rogue Company has “rogues”. With it still being early yet in the game’s development Rogue Company still does a good job of offering a pretty diverse field of rogues to choose from. Some are more appealing than others, but I think they do a good job making the ones available suit a lot of different play types.

The only issue I have currently with the current rogues is that many have overlapping loadout options. The abilities each rogue have help to take the focus off of this glaring lack of weapon diversity, because they influence how each rogue plays more than the loadout, however this is a problem that needs addressed in the future. Hopefully sooner rather than later too, because the rogue abilities aren’t as big and game changing as the agents’ in Valorant outside of a one or two exceptions, which isn’t necessarily a bad thing. The only problem that presents is it puts more focus on each rogue’s unique loadout, because then it is the loadout deciding 1v1s whereas in Valorant the abilities play a bigger role in many cases deciding those battles.

There are a couple bright spots to Rogue Company’s individual rogue loadouts as well though, with a few rogues showcasing weapons that are very unique to their loadouts. For example, Saint carries a scoped assault rifle that I believe is the only weapon outside of sniper rifles to carry a scope in the game thus far. I think if the developers took the approach of using Saint’s loadout as a model for future ones then future rogues will be easily superior to the current ones.

What I mean by this is give each rogue at least one gun similar to Saint’s scoped AR, it could be an SMG, DMR, sniper rifle, or whatever, but design it in a way that makes it unique compared to the weapons that other rogues have the option of using. This could help to really draw lines between the rogues, especially the ones with less than stellar abilities, and define them as individual characters. Currently this to me is the biggest downfall of the current choices of the playable rogues. Valorant luckily avoids this issue by simply using the same arsenal and allowing each agent to pick from any of the guns available in the game every round. Having to come up with a unique individual loadout as well as an ability isn’t an easy thing to balance and carry on effectively throughout the lifespan of a game as shown by Ubisoft’s constant balancing adjustments throughout the longevity of Tom Clancy’s Rainbow Six Siege game, so Rogue Company developers have their work cut out for them.

Obviously at this point Valorant is much farther along in mastering and fine tuning their game. However, I think the potential is there for Rogue Company to come out on top even in the eyes of PC players. Rogue Company puts the focus back on the gun play, whereas in Valorant the gun play for sure matters and makes a difference, but even the best can be overshadowed at times by the agents’ abilities. This can open the door to clearly inferior players to take advantage.

Many will argue that the more powerful abilities in Valorant add a strategic depth to the game that it would otherwise be lacking without them. In my personal opinion, gun play should be the first and last place people look to in games like these when determining quality of the player. It’s not like these games lack a strategy aspect when the focus is on gun play. It in no way makes them play like a bland Call of Duty team deathmatch. There is still strategy involved when using the abilities that the rogues possess. Where Rogue Company succeeds, and in my opinion will draw people away from Valorant, is that they clearly put the importance of gun play over the abilities of their rogues with the only exception being the rogue Scorch. Her ability is clearly overpowered and should be nerfed in order to maintain the importance of balancing. Outside of that gun play is what matters most and rightfully so.

Rogue Company has well established the foundation necessary to make their presence felt in this sub genre of hero shooters. They will be going head to head with Valorant and Valorant alone. The question is can they build off of what they have so far in order to take the next steps and challenge a game that already has a stable foothold in the market? I think they have what it takes, but they have to be aware of their existing shortcomings in order to get where they want to go. We’ll see in the coming months what direction Rogue Company’s developers choose to go in and whether or not it makes their game relevant in this fight.