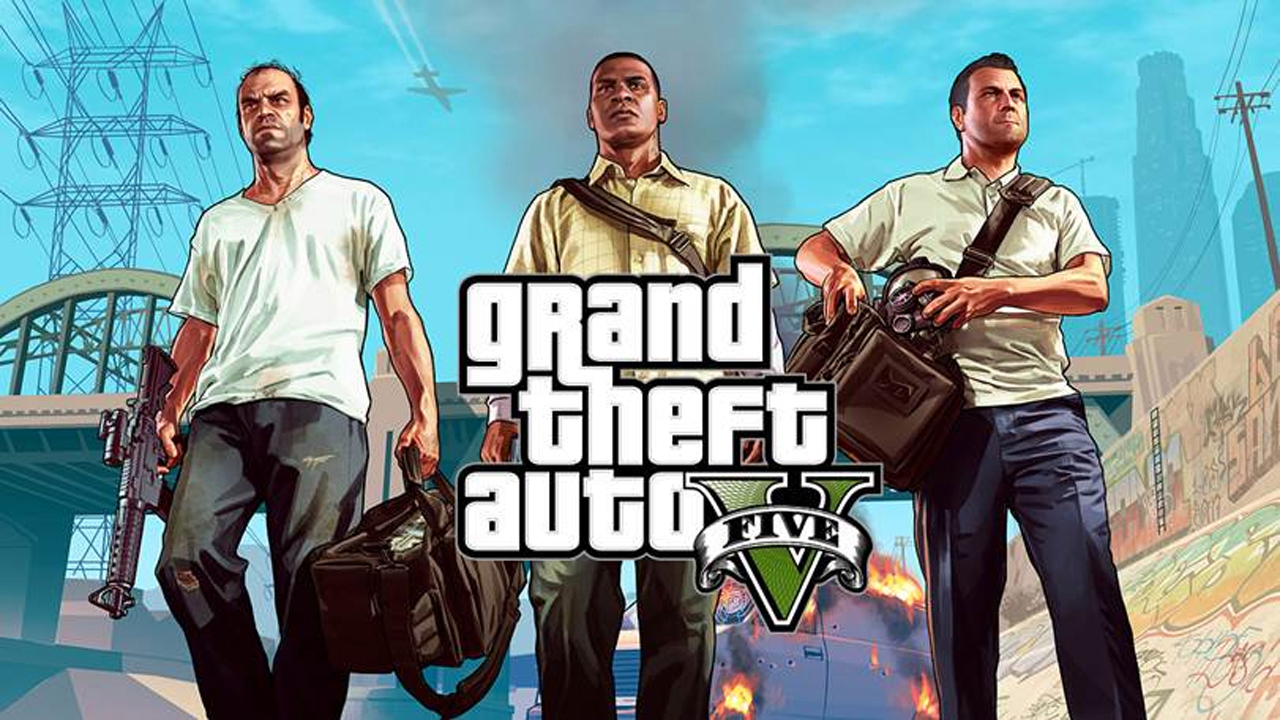 America, Through My Eyes

After the PS5 reveal that took place this month we were shown that Grand Theft Auto V’s online half of the game will be free to access for the first few months after the launch of the of the console with the promise of an updated GTA V to be released in 2021. Additionally, there is a special promotion going on which currently allows all PlayStation Plus members using a PS4 to receive $1,000,000 of in game money every month until GTA Online launches on the PS5. If for whatever reason you’ve been absent from the world throughout the past three generations of consoles and haven’t played GTA V yet this is a great time to start. I’m not sure anyone could’ve predicted the success that GTA V would have, but somehow it has managed to be unbeatable in regard to its consistent, unwavering ability to continuously pour in revenue for Rockstar. With no end in sight to the game’s accomplishments, when does it become time to retire the title and move on to a Grand Theft Auto 6? Do you just ride it until the wheels fall off or does Rockstar get ahead of the crash and give their fans something new to dump buckets of money on?

When I developed the idea for writing this article I was upset that Rockstar thought that they could push the same Grand Theft Auto on us for what will be its third generation of consoles. I thought to myself how tired and lazy of an idea that is. How could you not possibly have an idea ready for a new Grand Theft Auto after a seven year run for GTA V. What an opportunity missed for Rockstar to not have GTA 6 be a launch title for the PS5 and Xbox Series X. There is absolutely no competition at this point for AAA launch titles until Cyberpunk 2077 recently pushed back their launch date. Now, I still feel these things, but after looking into the monetary stats that GTA V has produced over its unprecedented run I can understand the reasoning behind not creating a new one for the launch of the new consoles.

After looking deeper into the game’s success, the numbers are simply staggering. Grand Theft Auto V has managed to sell over 120 million copies across all platforms which is third most all time behind only Minecraft at 180 million and Tetris at 170 million. However, sales are not even close to being the the games source of extended success. It’s the in game microtransactions that grant GTA V the ability to be the unmatched cash cow for Rockstar. Just last year alone in 2019 the game generated $595 million in revenue. Sure some of that comes from the actual game sales, but you don’t need to be a mathematician to know that the overwhelming majority is from the in game microtransactions. It has become easily the most profitable piece of media ever produced, and nothing even comes close. How could Rockstar logically turn the page and decide to end the most spectacular run a game has ever had? From a business standpoint it would be an absurd decision to abandon the success to create a new, unproven title for the new console launch. Logically it just doesn’t make sense.

Rockstar Games has created many great titles throughout the Grand Theft Auto series run, but many people are wondering what exactly makes GTA V in particular so special to allow such a decorated and sustained run. The game may be a lot of fun, but it is in no way the greatest game ever, not even in the last 10 years. However, statistically there’s not a game, movie, or any piece of media that can compare when it comes down to revenue generated. What GTA V has done is something special that will be deeply studied by game developers for a long time. Somehow, Rockstar has figured out a way to bring balance to what has always been a routinely unequal system in games. Many times when games decide to put in the ability to use microtransactions to purchase in game money, it develops a pay to win system that turns off many of the players that wish to traditionally grind and progress through the game. This usually creates very toxic community relations among the player base and develops into an overall animosity towards the game itself. For some reason Grand Theft Auto V has beaten the conventional formula and Rockstar has surely enjoyed the benefits of it.

It could be sheer dumb luck that this has happened in their favor, but I think it is more specifically the culmination of a perfect storm that has developed around the game. That is not to say that Rockstar chose to cut any corners when they developed GTA V. They went all in on this title leading to one of the largest development budgets for a game ever of $265 million. Rockstar ended up creating what is arguably the greatest single player campaign of the franchise. Additionally, the GTA Online segment of GTA V is updated DAILY by the developers to keep the content as fresh for the longtime players as it is for new players just joining the community, or returning after a long lay off. Rockstar has set the standard in what players expect when developers say that they will continue to support their games for years to come.

Despite the immense effort by Rockstar to create the best game that they possibly could, like I had said above Grand Theft Auto V is by no means the greatest game ever in my opinion. Part of this perfect storm that has lead to the game’s unprecedented success is that GTA V is simply the perfect, unchallenged default game. If there isn’t any new games coming out for awhile, and you’ve just finished up all the ones you have, then you go back to GTA Online and do heists, or develop other in game businesses with your friends to pass the time. If you’re looking to blow off some steam, players can load up the game and go on a killing spree ending with an epic police chase. If you simply hate seeing other people having fun then GTA V still offers you something. You go online and make it your mission to hunt down and kill other players in the server until they all quit and leave or you find someone better than you. At that point all you have to do is server hop and continue on your marry way.

Having the perfect “go to game” isn’t something that should put an asterisk next to Rockstar’s success either. Anyone that has played the game online or single player can tell that the developers put in maximum effort in creating this game. Rockstar deserves every bit of recognition for the success of GTA V. In every success story there is always a noticeable amount of luck sprinkled in that helps to really launch the greatness of the creator. Grand Theft Auto V is no different.

“We can simply only wait to be disappointed with the outcome.”

Should players be upset that Rockstar is pushing this title to its third generation of console? Did Rockstar miss an opportunity not creating a Grand Theft Auto 6 to be used as a launch title for the PS5 and Xbox Series X? At what point is it alright for Rockstar to turn its back on the most successful piece of media ever created? I like to portray myself as the all seeing prophet with the foresight to see the little things that most may miss. It gives me a neat gimmick to use in my writings to attract readers and the ability to say I told you so when I turn out to be right. The problem is when it comes to Grand Theft Auto V is that there isn’t a soul on this planet that can answer these questions with any certainty if they’re honest with themselves. I could make arguments from both sides for every question. All that I can say is that I would dread the day I choose to move on from this game if I was the man at Rockstar making the decision. The decision will almost certainly be entirely too soon or way too late, and GTA 6 just won’t be as good. How could it be? We can simply only wait to be disappointed with the outcome.

America, Through My Eyes