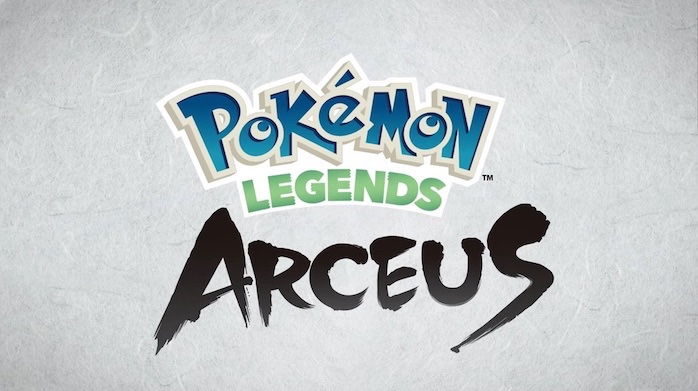 Outriders, the Next Big Thing?

Nintendo has just announced Pokemon Legends: Arceus, a new, open world RPG Pokémon game. This is the first time that we will see a truly open world Pokémon game and hopes are high for many. This is all we’ve ever wanted as fans of the franchise. Ever since Breath of the Wild was released Nintendo fans have seen the potential there for this dream to become a reality and it has finally arrived… or has it?

“Maybe, just maybe, the Switch is technologically not up to par with the modern standards”

It feels like I am hopelessly alone in this opinion, but I was wholly unimpressed with this trailer that Nintendo debuted. Visually it looks like a likes gorgeous, vibrant, Breath of the Wild inspired landscape to explore as to be expected. The problem I have with it is that the game appeared to be running at a solid 10 fps when they cut to the brief, actual gameplay shots in the trailer. Now, who knows how early along in the development process these gameplay shots were taken from. The game is said to be released in early 2022, so one would believe that these are late alpha or early beta stage visuals we are seeing. Personally, I think it should be running a little higher fps than what we saw in the trailer at this time l, but I’m willing to give the benefit of the doubt and say it was extremely early gameplay footage, and it’ll be much better upon release.

There is a lingering thought in the back of my mind when I see these types of problems appearing on a game intended to run on Nintendo’s Switch console. It is a well founded issue, and one that has been prevalent with the Switch since its release. Maybe, just maybe, the Switch is technologically not up to par with the modern standards imposed on the industry. This in turn would cause the new open world Pokémon game to visually fall apart in some aspects like frame rate capability like we can clearly see in the trailer. This isn’t exactly a big leap in thought to take, as we know how behind the Switch actually is, technologically speaking, when compared to the surrounding competition.

Honestly, most of the issues I have with the new Pokémon game could be directly related to the Switch and its inability to perform and adhere to the modern standards that we have all become used to in our games. Another issue that comes to mind that too was visually apparent in the trailer is the, yet again, generic attacking animations of the Pokémon during battles. The amount of potential available to Nintendo when creating a true open world Pokémon game is endless, especially when it comes to finally introducing some new, next level attack animations for the Pokémon. However, as we can see from the gameplay footage in the trailer the endless potential quickly disappeared due to what I’m guessing to be technological limits being reached with Nintendo’s Switch. Surely, it wouldn’t have been due to the company’s unwillingness to try something new, that would be just unfounded.

The Pokémon battles that were shown in the trailer are nothing we haven’t seen before. Sadly, not much has changed in that regard. Each attack not much different from the last, the Pokémon slide forward, quickly bump the other Pokémon and you see a colorful blast of of slashes through the air to signify the attack that has just taken place. This vanilla approach to Pokémon battles is something we haven’t see changed since the Diamond/Pearl games back when the franchise debuted on Nintendo’s DS. Perhaps I’m being a bit hard on Nintendo, I mean that was only in 2007, how much has really changed since then?

Well, for all the uninformed I am happy to enlighten you. I’ll tell you how much has really changed. At that time, way back in 2007, gaming technology was so advanced that we had consoles regularly dying at the hands of the three, menacing red lights in the shape of a ring. They came for many, few survived the purge. The PlayStation 2 was still the 3rd most sold console in Europe that year. As we all know the PlayStation 2 was so advanced it too is openly touted by Sony to this very day as a strong competitor to Microsoft’s Xbox Series X, although the sales may not reflect that today. Not sure what that’s all about. Clearly Nintendo is well founded by holding on to technology and animations that were present in what is often referred to as the greatest year in video game history, 2007. Of course! They’re clearly hanging on to these things in order to pay homage to this magnificent year in gaming history. I can’t believe I didn’t see that.

“Nintendo chooses to hang on, repackage, and resell at nauseam.”

Just in case anyone got lost there that was indeed sarcasm. I can confirm this through many verified sources, they’ve got the blue checkmarks and everything, so clearly they know what they’re talking about. While I agree 2007 is arguably the greatest year gaming has ever seen, I don’t think we should be holding on to that greatness, we should be building off of it. Sure, the compass was at one time a revolutionary feat, but where would we be if we chose to be satisfied with it and not built off of its accomplishment? Could you imagine your 16 year old daughter driving to the movies for the first time and having to pull out her compass to make sure she could find her way? That’d be awful. Four out of ten every new drivers would never return, and that’d just be a normalcy. Thank God we were able to turn what was once a compass into a GPS navigation system to help them find their way. This is what Nintendo should be doing, blazing a new path, extending their capabilities each day as they look to better themselves in some way. That’s what gaming development is all about, working extremely hard to make something great, something revolutionary that everyone can enjoy, but you wouldn’t know that if you have been watching what Nintendo has done over the past decade.

Nintendo had at one time achieved that greatness I’m talking about. It was, however, in the 90s. They truly helped to build the industry into what it is today, but rather than building off of their success and looking to improve every chance they had, Nintendo chooses to hang on, repackage, and resell at nauseam. I discuss this at greater lengths in my post “Nintendo, Genuine or Nostalgia” if you’re looking for deeper analysis into the matter.

This is the issue that will be ever present with Pokémon Legends: Arceus. Held back in every aspect because of Nintendo’s outdated tech inside the Switch, and their refusal to come to terms with it. Even if we overlook the technical limitations of the Switch, in the limited gameplay we’ve seen nothing about it appears to be mind blowing in any way besides the fact that it’s open world. For example, it seems like most of it is going to consist of hiding in a bush and just chucking Pokéballs toward unsuspecting Pokémon in order to fill our Pokédex. Is this what we sell our souls to? All Nintendo needs to do is print the Pokémon label on an open world game, and we just send them our wallets in the mail? I’m sorry if I choose to actually care about the plain, vanilla flavored filling on the inside of this dusty cartridge.

If I’m being honest I truly hope that I am wrong about the game, because I am a huge fan of the Pokémon franchise. I grew up playing it, beginning on my green GameBoy Color. Pokémon has always been a game I’m happy to sink 100 hours into. However, recent games have left me wanting more, and just overall disappointed in the product as a whole. I hope Pokémon Legends: Arceus doesn’t fall down that path, but at this point it’s appearing that it might. I have said before that I refuse to fanboy for these companies, especially ones that disrespect its players like Nintendo has for years by applying as little effort as possible, and feeding on their nostalgia driven fanboy base.

I intend to give the game an open minded opportunity to impress me when it is released in the beginning of 2022. I hope it ends up being everything I’ve ever wanted an open world Pokémon game to be. If that’s the case it will have a real shot at Game of the Year awards like Breath of the Wild was able to do when it came out. Only time will tell what is to become of our first open world Pokémon RPG.

Outriders, the Next Big Thing?